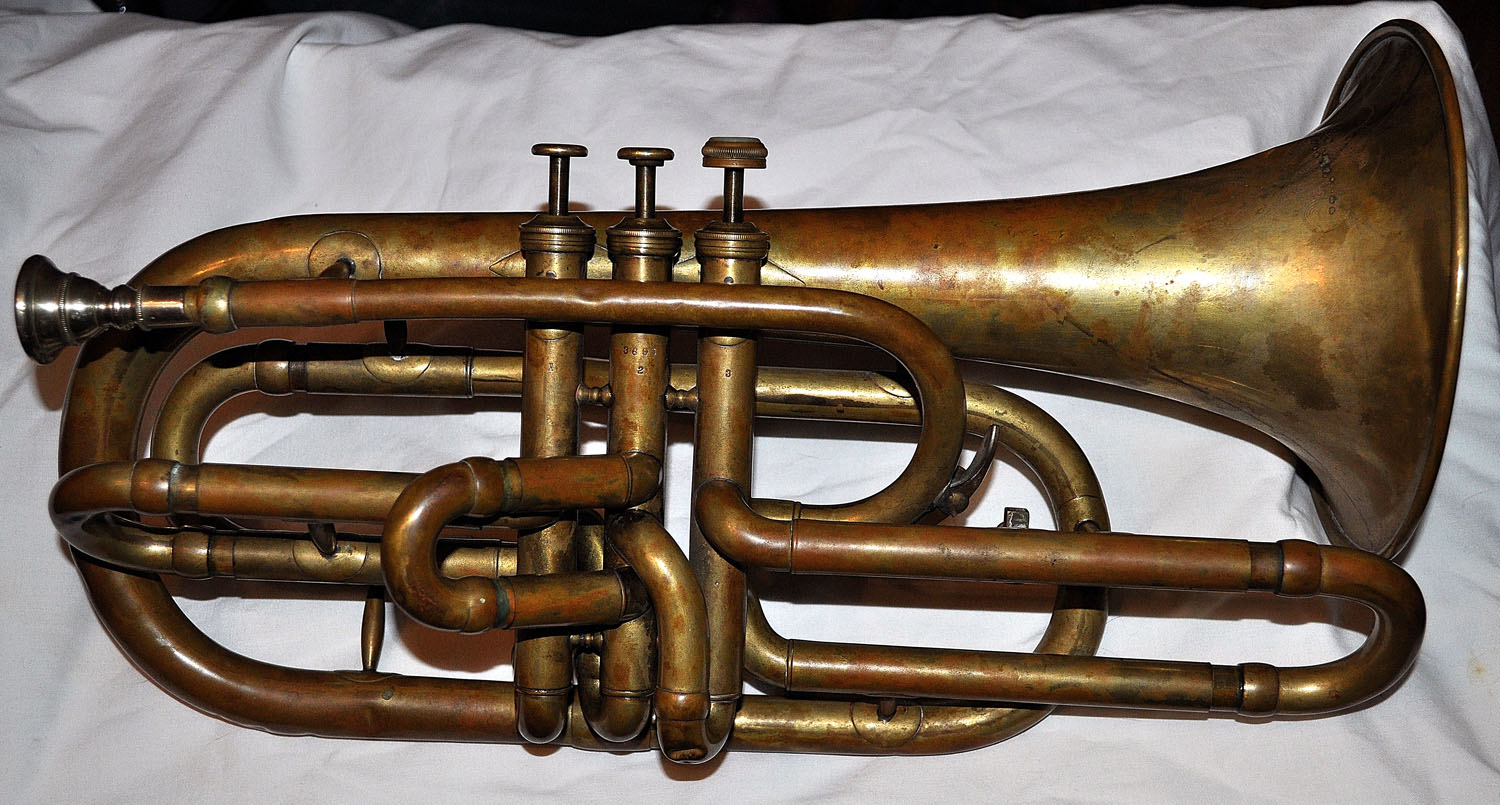 This is an alto horn in the shape of a cornet. That is not the reason it is in the research department section though. From the 1880's through the 1920's Conn had in production various models alto horn shaped like a cornet, resembling essentially an Eb alto cornet.

The reason it is in this section is the valves. If you take a good look, you will notice that it has tubing running our of the bottom of the valves. This was functional tubing! It appears that this instrument is a model based on, or considering the date in preparation of, Conn patent 249012. That patent would seem to be a variation on the idea of Stoelzel valves, as opposed to the Perinet valves we are all familiar with.

As far as I am aware, this model was never taken into production.