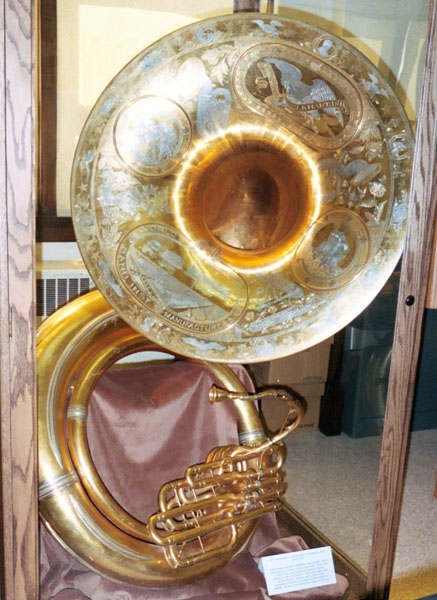 This sousaphone is a commemorative instrument, produced on the 50th anniversary of the Conn company in 1924. It is gold plated with silver highlights. The engraving depicts scenes of Conn's history. The engraving was done by one of Conn's master engravers, Julius Sternberg. It took him three weeks.

Here is a film clip with a close-up of this instrument (with thanks to Ian Church):

This instrument is on display at the Elkhart County Historical Museum, which is located in the Rush Memorial Center at:

If you ever find yourself in the area of Bristol, Indiana (just of I80/I90) it is well worth the visit. In addition to other Conn instruments, the museum contains many other interesting displays.