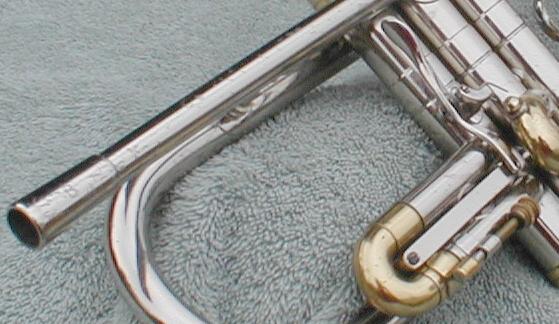 This picture also shows a close-up of the trigger assembly, and the two adjustment screws on the first slide stop. The setup on the 28A Connstellation long cornet is identical except it would have had an "A" on the leadpipe.

The 1955 through 1957 models for which there are both "A" and "B" models have the letter engraved on the leadpipe immediately following the name, as in the picture below.