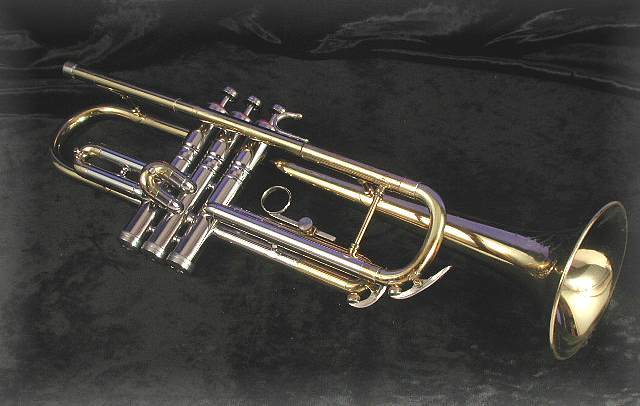 Although strictly speaking the 1953 and 1954 models 22B were still "New York Symphony" (as far as I know), instruments produced in these two years had (I assume nickel-) plated slide ends. I suppose these were transitional models.

What Conn said in 1963:
Smallest in feel of the Conn trumpets, the 22B has extra trumpet brightness. A favorite with Hollywood recording artists and other professionals. Length 21", bell 4 5/8". Brass with nickel trim. Complete with new Victor case.

What Conn said in 1966:
The 22B has for years maintained it position as a "standard" of the industry. Smallest bore feel of any Conn professional line trumpet. Brass with nickel trim. Length 21". Bell 4 5/8".